Here are popular quotes from the Tao Te Ching written by Lao-Tzu (Laozi). His thoughts on leadership are based on leaders that lead without having a heavy hand.

“The more laws and restrictions there are,
The poorer people become.
The sharper men’s weapons,
The more trouble in the land.”

“A leader is best when people barely know he exists; when his work is done, his aim fulfilled, they will say: we did it ourselves.”

“The world is ruled by letting things take their course. It cannot be ruled by interfering.”

“Deal with it before it happens. Set things in order before there is confusion.”

“In dwelling, be close to the land. In meditation, go deep in the heart. In dealing with others, be gentle and kind. In speech, be true. In ruling, be just. In daily life, be competent. In action, be aware of the time and the season.”

“A good traveler has no fixed plans, and is not intent on arriving.”

“A great nation is like a great man:
When he makes a mistake, he realizes it. Having realized it, he admits it. Having admitted it, he corrects it. He considers those who point out his faults as his most benevolent teachers. He thinks of his enemy as the shadow that he himself casts.”

“He who has achieved this state Is unconcerned with friends and enemies, With good and harm, with honor and disgrace. This therefore is the highest state of man.”

“Care about people’s approval and you will be their prisoner.”

“Be Content with what you have; rejoice in the way things are. When you realize there is nothing lacking, the whole world belongs to you.”

“I have three treasures which I hold and keep. The first is mercy; the second is economy. The third is daring not to be ahead of others. From mercy comes courage; from economy comes generosity; From humility comes leadership.”

“Those who know do not talk. Those who talk do not know.”

“The best leaders are those their people hardly know exist.
The next best is a leader who is loved and praised.
Next comes the one who is feared.
The worst one is the leader that is despised …

The best leaders value their words, and use them sparingly.
When they have accomplished their task, the people say, “Amazing!
We did it, all by ourselves!”

“See simplicity in the complicated. Achieve greatness in little things”

“The flame that burns Twice as bright burns half as long.”

“If I have even just a little sense, I will walk on the main road and my only fear will be of straying from it. Keeping to the main road is easy, But people love to be sidetracked.” 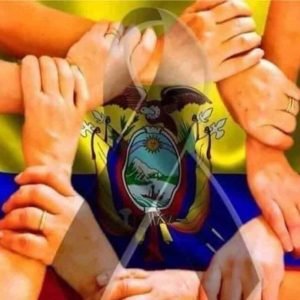 Amp Rey
Student
You help me a lot with grammar, aspects that can seem obvious for a native speaker sometimes they can be really hard for us (who are learning). Your Reading classes with articles from internet is useful because it faces you with the vocabulary that you are going to find everyday. Thanks for your classes and congrats for your website.