The privilege of a lifetime is to become who you truly are. — Carl Jung

It is no measure of health to be well adjusted to a profoundly sick society. – Jiddu Krishnamurti

The more laws and restrictions there are, The poorer people become. The more rules and regulations, The more thieves and robbers. ― Lao Tzu

Happiness in intelligent people is the rarest thing I know. – Ernest Hemingway

The victor will never be asked if he told the truth. – Adolf Hitler

Not all storms come to disrupt your life, some come to clear your path. – Paulo Coelho

When the whole world is running towards a cliff, he who is running in the opposite direction appears to have lost his mind. – CS Lewis

It is dangerous to be right in matters on which the established authorities are wrong. – Voltaire

Every time we witness an injustice and do not act, we train our character to be passive in its presence and thereby eventually lose all ability to defend ourselves and those we love. -Julian Assange

“While All is in THE ALL, it is equally true that THE ALL is in ALL. To him who truly understands this truth hath come great knowledge.” The Kybalion.

Voltaire, the French writer, said, “The best is the enemy of the good.” Confucius said, “Better a diamond with a flaw than a pebble without.” And, of course, there’s Shakespeare: “Striving to better, oft we mar what’s well.”

“The mind is a wonderful servant but a terrible master.” I’ve heard this quote attributed to bestselling author Robin Sharma (he mentions it in his book The Monk Who Sold His Ferrari).

“We will know our disinformation program is complete when everything the American public believes is false.”
CIA Director William Casey, 1981

“The illusion of freedom will continue as long as it’s profitable to continue the illusion. At the point where the illusion becomes too expensive to maintain, they will just take down the scenery, they will pull back the curtains, they will move the tables and chairs out of the way and you will see the brick wall at the back of the theater.”
Frank Zappa

A student once asked Bruce Lee “You teach me fighting, but you talk about peace. How do you reconcile the two ?” Bruce Lee beautifully replied, “It’s better to be a warrior in a garden than to be a gardener in a war.”

“All of humanity’s problems stem from man’s inability to sit quietly in a room alone.” According to In 1654 Pascal, we fear the silence of existence, we dread boredom and instead choose aimless distraction, and we can’t help but run from the problems of our emotions into the false comforts of the mind.

“The idea behind democracy is if you can get enough idiots together they can make an intelligent decision.” ~ Clair H Horner

“Only the educated are free.” ~ Epictetus

“The more corrupt the state the more numerous the laws.” ~ Tacitus

“The heaviest penalty for declining to rule is to be ruled by someone inferior to yourself.” ~ Plato

Our greatest fear should not be of failure,
but of succeeding at things in life
that do not really matter.

“The object of life is not to be on the side of the majority, but to escape finding oneself in the ranks of the insane.” – Marcus Aurelius

“The pharisees and the scribes have taken the keys of knowledge (gnosis)
and hidden them. They themselves have not entered, nor have they allowed to enter those
who wish to. You, however, be as wise as serpents and as innocent as doves.” – Thomas

“Who are you, that you should say these things to us?”

His disciples said to him, “Is circumcision beneficial or not?”
He said to them, “If it were beneficial, their father would beget them already circumcised
from their mother. Rather, the true circumcision in spirit has become completely
profitable.” – Thomas

“Blessed is the man who has suffered and found life.” – Thomas 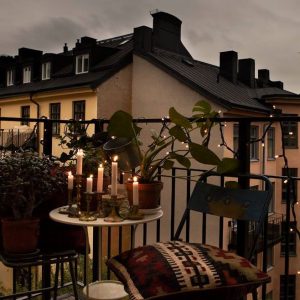 La Vie Est Belle
Student
In brief dear teacher you changed my life by good side. You gave me many many things unaware.first you taught me english from zero and every time you encouraged me when I thought I do not know anything coz there were something I thought I can't pull through. Do you know now I'm an english teacher in the course with your favour. You are our amazing, awesome and super teacher and it will never change. Thanks for everything and every time I give many thanks to God that I have met a wonderful teacher like you!